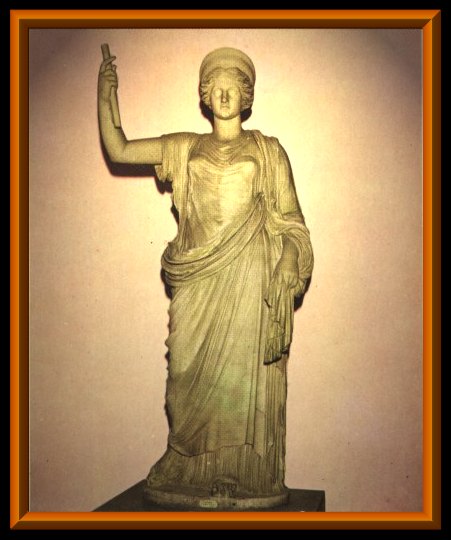 AN HYMN TO JUNO

Who are chief at marriages,

But to dress the bridal bed

When my love and I shall wed;

And a peacock proud shall be

Offered up by us to thee.


Juno was a very human-like Goddess to the Romans -the ideal woman-citizen and icon of self-made prosperity; a whole, integral, empowered, enlightened woman, committed to/a revered influence in community, politics, money management/business, marriage and motherhood, and a protector of womanhood in all its natural power, beauty, and elegance.


Juno is viewed as a guardian of womanhood: as every man had his “genius” (literally “begetter”, guardian of manhood), every woman had her “iuno”.9 In Roman life, Juno watched over every aspect of women’s lives, ensuring the continuity of the family12. As such, her name changes with her role and each role has its holiday: Juno Lucina, literally “Juno of light” watched over birthing, Juno Covella guards the Calends with Janus,10 Juno Sospita was literally “Juno the savior”, Juno Populonia blessed people under arms, Juno Sispes was the protector of the state, Juno Sororia protected girls at puberty, Juno Curitis protected spearmen.13 In the Roman territory of Treveri, Juno was even recognized as the Iunones, the triple goddess.13 In similar fashion, Juno Moneta was the “remembrancer”13 or “warner”, while Juno Regina was the Goddess of heaven and mother of all15. It is in her form as Juno Regina that she is most closely associated with her Greek equivalent, Hera9. Indeed, in a number of myths, the names Juno and Hera can be used interchangeably, as can Jupiter and Zeus, and many others.12 There is an important distinction between them, however; in general, Romans viewed Juno and Jupiter in a kinder light than the Greeks did Hera and Zeus.14, 16 In the story leading to the birth of Mars (Ares), Zeus is renown for his rapes, and Hera, in turn, for her jealous rages. Hera fought Zeus constantly from the beginning, being tricked into becoming his wife. In contrast, the Roman version of these stories is softer, casting Juno as more composed and more determined to prove herself Jupiter’s equal: when Jupiter produces Minerva from his mouth (without Juno), Juno conceives Mars with the help of herbs from Flora12, emphasizing the natural powers of womanhood, whereas Hera is portrayed as reactionary16. Hera is routinely described as jealous whereas Juno is regarded as a protectoress16. This is an important distinction today to American women struggling for legitimacy: Hera’s rage can be self-defeating whereas Juno’s composure and skilled influence is empowering. 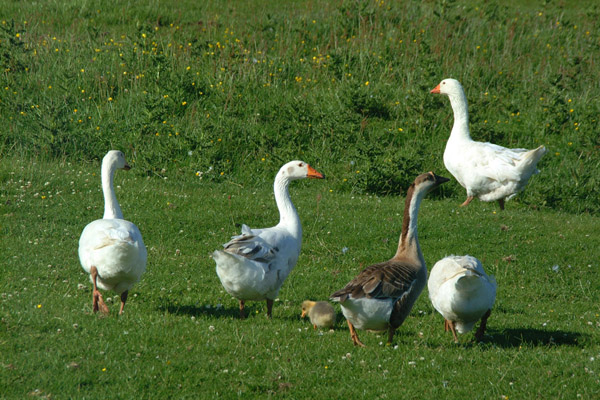 The confusion of Hera and Juno comes from the epic poetry from which we gather most of our “classical” views of Greaco-Roman mythology; comparing this literature to history, etymology, and anthropology clarifies the source of confusion. Our original myths of Hera come from Homer’s Illiad and Oddyssy (oldest greek epic 800-700BCE), Heisod’s Theogeny (700-640BCE), and Virgil’s Aeneid, all of which are deemed to be complete writings/rewritings of oral histories. 3,4

Our information on Juno comes primarily from Ovid’s Metamorphoses, 43BCE – 8AD, a piece which “ingeniously” wove various legends together, intentionally including the Greek epics3, thereby coalescing Juno and Hera, regardless of what either might have been before, and joined, teach a decidedly different lesson on womanhood than their original form represented. Juno retains her mother-goddess aspect even today; whereas Hera battles patriarchy from the position of second in command, her son becoming a representative of patriarchy, the God of War, Juno’s son, Mars, retains his ancient role as the mother-goddess’ ancient son13, the embodiment of the harvest, “conceived from her own lily” with the help of Flora, an image carried into Christianity in the immaculate conception and the angel Gabriel7. In truth, Juno’s roots are rooted in Etruscan beliefs. 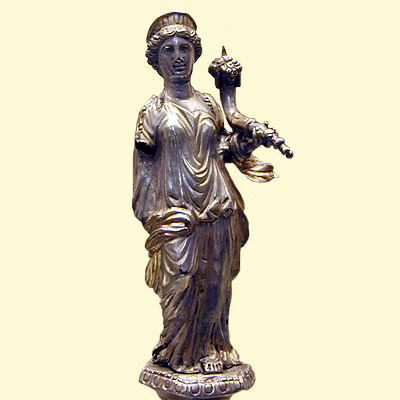 A matriarchal culture, the Etruscans inhabited the coast 90 miles West of Rome, from the 7th to the 1st centuries. Greeks, encountering Etruscan culture, claimed that Turan was their most important Goddess, being a mother-goddess like the Minoan Goddess, a being that was eventually disassembled by the Greeks and scattered to their pantheon. Known Etruscan names for their deities were Maris, Laran, Nortia (goddess of Volsinii city), Uni (Goddess of Veii city, temple inscription, c.480BC), and Minerva (from c.500BC). Greeks associated Uni with Hera but interestingly, gold foil for Uni’s temple is inscribed with “Uni-Astarte”, (Phoenician translation of Ishtar) suggesting an earlier Etruscan cultural association with Canaanites, Sumerians, Babylonians or Phoenicians, rather than with the Greek pantheon.1 Etymological research closely links Juno’s early latin name, Iuno, to Uni, who “consented” to be removed to Rome when her city was conquered by the Romans in 396 BC, to become Juno Aventine10, an idea supported by the fact that early Roman deities were “numina”, faceless and formless; anthropomorphization occurred under the influence of Greek and Etruscan culture17. Interestingly, both Minerva and Juno reappear together in the Capitoline trio along with Jupiter11, who was paired with Juno as her brother and husband, in keeping with the Greek pantheon’s matching of Hera and Zeus, Minerva taking on the role of Athena15.1


Keeping this background in mind, Roman culture was fiercely patriarchal. Adultery was prohibited for women, but expected for men. A father had strict control over his entire immediate family, including the right to expose, kill, disown, sell, or emancipate his children, regardless of their age, until his death. Women were generally excluded from public life except as priestesses or unless they were closely related to a man in power. Later in the Republic, women obtained greater freedom to manage their own business and financial affairs, and own, inherit, or dispose of property, unless they were married, still having no legal right over children. Marriage and divorce was common and principally required for the legitimacy of children, being marked only socially by the passing of a dowry and the desire for a lasting union.13 There was no prescribed ceremony for marriage, excepting conferreatio, a relatively uncommon and most sacred marriage requiring the head of Roman religion to designate a priest to be present as a cake of grain was cast into Vesta’s fire by the couple; divorce in this case is almost impossible.13 This ceremony and attitude toward marriage would become the standard with the advent of Christianity, and Juno, the guardian of womanhood and marriage, and (thereby) the guardian of state, would become the unspoken honorary. Indeed, Santa Maria in Aracoeli, a “modern” cathedral built on the original site of the Roman Capital, was built directly over the ruins of a temple to Juno Moneta8.


Juno retains a direct historical link and close resemblance to her original mother-goddess form, remaining a strong, elegant goddess and guardian of women, whose contributions to society are recognized as an absolute necessity to the continuity of that society, despite patriarchy. Her sacred geese warned the city that the Gauls were attacking in time for the city to be defended10. Her temple has honorably housed the state mint, the Roman standard measure of length (pes, foot), and historical listings of Roman magistrates13. She is still honored in the calendar we use today and is silently invoked at every wedding ceremony that calls for flowers, occurs in June (Junonius), contains (Vesta’s) wedding cake, or requires a (pontifex) religious or legal magistrate to sanctify16.


Conflicts in the management of money and property are commonly the foremost problem experienced by most marriages today; Juno Moneta, the guardian goddess of state, womanhood, and marriage, is as relevant now as then. Invoke the spirit of Juno Moneta for her graceful independence, strength, and influence the protection of marriage, seek her aid in wedding preparations, and for her support throughout 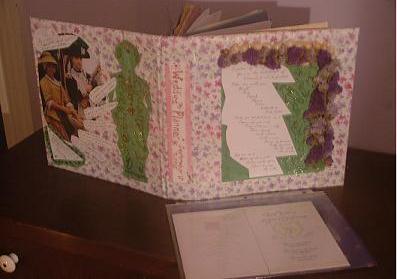 A small handful of silvery coins (i.e. not pennies), a goose feather, red wine or berry juice, a small clear bowl or glass of water about 1/3 full, a plate, tray, or other covering to protect surfaces from stains, altar setting, or other tools normally used for a simple blessing


Cast your circle and purify as you normally would, then, when you are ready, speak or chant:


Guardian goddess of woman-kind, protect me in my future state,

As maiden, mother, crone, I am, accept this tribute for my fate,

In remembrance, your coin, I lay, oh, guardian of my womanhood,

Instill in me your essence, pray; and guide me, through my woman’s blood.


Drop a coin into the water each time you finish this chant until you have dropped your last coin. For each coin, try to think of what guidance or protection you ask of her and what part of Juno’s upright womanhood and inner strength you already embody that you wish to celebrate: perhaps a better ability to manage finances, estate, career, independence, help renewing yourself as a mother, wife, or whole, capable woman, or perhaps renewal/rejuvenation of the marital relationship? When you run out of coins, add the wine/red juice to the water and meditate on the coins in silence. Meditate on your answers and whisper your intent and gratitude to the feather. When you are done, dip the tip of the feather into the bowl and let it soak until the feather is stained.


Your goose feather, sacred to the Goddess Juno Moneta carries your wishes; keep it as a remembrance of her blessings for when you forget, give it as a gift to another woman for when she forgets, cut the tip into a quill pen so she can guide your personal pen in good faith, or release it to a strong wind.

This page is the intellectual and creative property of Evaluna Lilepona.